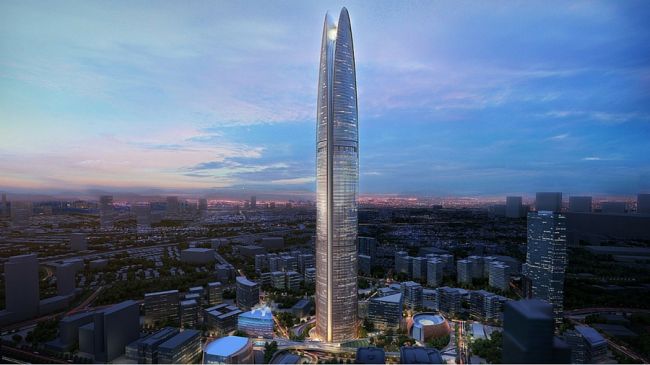 How the smart building could save the world

As more and more smart devices and sensors talk to each other, swap data with the cloud and generally do more things more often (and there’ll be 20.8 billion of them by 2020, according to Gartner) there’s an increased blackout risk for entire nations. Not only is demand for energy rising, but there are worries that our current gadgets use more juice than advertised.

And although less than 1% of the Earth is covered in cities, these dense urban areas use three-quarters of our energy. There’s also the consideration that a growing Internet of Things isn’t going to help.

Cue the smart, automated building, where a mix of renewable energy harvesting and self-powered switches and sensors make possible a carbon-neutral built environment where buildings are cheaper to run, and never suffer from power outages. Can this come true?

There’s a lot of talk about photovoltaic paint or thermoelectric paint creating ‘solar skins’ for buildings and vehicles that draw enough energy from the sun to heat the building, and much more. We will probably need to wait for the mass availability of low-cost graphene for that concept to collect enough power, but smart buildings are already producing renewable energy.

The Pertamina Energy Tower in Jakarta has a wind funnel at its peak that uses the increased wind speeds at about 500 metres up to generate energy. This ‘beacon of energy’ designed by Skidmore, Owings & Merrill LLP (SOM) (which also designed a zero-energy school in New York City) curves to maximise shade in equatorial Jakarta, and uses the power generated for indoor lighting.
Why not build data centres in cold places like Iceland? (Image Credit: Valeria Mercuri/Marco Merletti)
Sustainable skyscrapers in the ‘zettabyte era’

One of the big energy-guzzlers of the modern world are data centres, with the energy needed to cool the ever-expanding racks being ginormous. So why not build them in a cold place between the US and Europe that already gets 65% of its energy from hydropower and geothermal sources?

That’s the thinking behind a project by Italy’s Valeria Mercuri and Marco Merletti, which proposes hollow towers in Iceland where components are on the outside to be cooled for free by the chilly arctic air. This exciting concept bagged third place at the 2016 eVolo Skyscraper competition.
The zero energy building has so far lacked a definition
The zero energy building

It’s all about renewables. The concept of a zero energy building (ZEB) has been around for a few years – often as a misleading marketing term – and it’s only recently that it’s been officially defined. Late last year the US Energy Department defined it as: “An energy-efficient building where, on a source energy basis, the actual annual delivered energy is less than or equal to the on-site renewable exported energy.”
Reacting to the news, Elizabeth Chu Richter, FAIA, president of the American Institute of Architects (AIA), said: “The quality of the future is wholly dependent on sustainable, resilient buildings that reduce the nation’s reliance on non-renewable energy sources.”

So how do we make ZEBs from existing building stock?

Smart skin: the retro-fit
A honourable mention at the 2016 eVolo Skyscraper competition went to South Korea’s Soomin Kim and Seo-Hyun Oh, whose Sustainable Skyscraper Enclosure concedes that there’s no point rebuilding Manhattan’s hundreds of skyscrapers to become ZEBs. Why not wrap them in a smart skin instead?
Smart skins could retro-fit buildings while also encouraging plant growth (Image Credit: Soomin Kim and Seo-Hyun Oh)
In this concept, circular sensory panels equipped with temperature and humidity sensors, as well as solar cells, use artificial intelligence to regulate the temperature within the building inside the skin. Designed to encourage plant growth on platforms attached to the structure that holds the skin in place (the plants would be tended by drones, of course), the skin also collects and purifies rainwater.

A self-powered IoT?
If the future is a wireless Internet of Things, then that’s going to mean more energy used just to pass data between devices. IoT equipment generally uses very small amounts of electricity, but devices still require batteries that need to be produced, recharged, replaced, and then thrown into landfill.
EnOcean’s ECO 200 is a self-powered switch for low-power IoT sensors and switches
Cue the EnOcean Alliance, whose wireless standard for self-powered switches and sensors for intelligent buildings is based on the 2.4GHz frequency radio band, which includes ZigBee. EnOcean’sECO 200 electromechanical energy converter harvests kinetic energy to power wireless signals, saving 40% in energy and operating costs for the building owner.

“When pressing a switch, an electro-mechanical energy converter is activated, and uses this movement to generate energy for a telegram,” says Zeljko Angelkoski, Marketing Communications Director atEnOcean, further explaining that it can turn appliances and lights on and off, and even create different scenes for LED lights. “The same functionality can be used for a kinetic window contact, which registers if a window is open or closed, or a self-powered water sensor,” he adds.

The latter is about preventing flooding from a bathtub or washing machine – the energy converter is activated when water touches the swelling material below the sensor, sending a wireless signal to prevent water damage.

Other EnOcean energy harvesters include Pressac Sensing’s solar-powered, wireless CO2, temperature and humidity sensor, and Sauter’s ecoUnit 1 room-operating unit, which has a solar-powered LCD display that has a battery which runs for 120 hours in a darkened room.
The Sauter ecoUnit 1 room-operating unit uses EnOcean wireless technology
There are scores of others, too: the smart building manager can monitor the lights, temperature, humidity, status of doors and windows, and any kind of movement within the building, using only solar or kinetic energy. Crucially, the 400 companies that belong to the EnOcean Alliance produce 1,500 components that are easily interoperable. Over 4,000 such sensors and products can be found in the 230 metres tall Torre Espacio in Madrid, the world’s tallest wireless sensor-automated building.

An interoperable, self-powered IoT in a network of smart, sustainable buildings? With the UN predicting a global population of nine billion by 2050 – undoubtedly resulting in overcrowded cities and more demand for skyscrapers – and a fast-growing IoT on the rise, smart buildings can’t come soon enough.